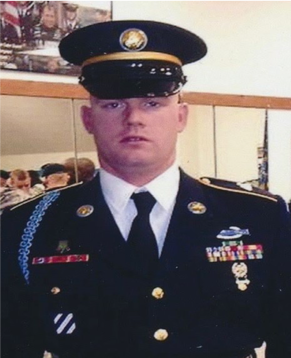 Ryan served his country for over 7 years with the United States Army. He was stationed in Camp Casey in South Korea, and deployed from Fort Bliss, TX to Iraq with 1st Battalion-37th Armored Regiment, where Goggin served as a sergeant. In March, 2010 he was 10 months into the deployment in Iraq when a roadside bomb hit his truck. A traumatic brain injury and post-traumatic stress disorder effectively ended his military career.

After his deployment to Iraq he served in Washington DC as a member of the 3rd Infantry Regiment, the prestigious Old Guard, where he retired.
Ryan was healthy and active, until January 2017. He suddenly became so weak paramedics rushed him to the Miami VA hospital. From there he went to the University of Miami Hospital for further testing. The diagnosis was acute lymphoblastic leukemia, or ALL, a type of blood cancer.

His biggest battle occurred not in Iraq, but here, trying to get the Veterans Health Administration to fund his cancer treatment.

Adding to the frustration of dealing with a broken system, Ryan learned he had been listed on the Open Burn Pit Registry (OBPR),  a national list of war veterans exposed to dangerous chemicals during certain operations – chemicals that can lead to various illnesses, including cancer.
​
Ryan Patrick Goggin, 30, died March 31, 2017, at Brigham & Women's Hospital in Boston, after a courageous fight with Leukemia.