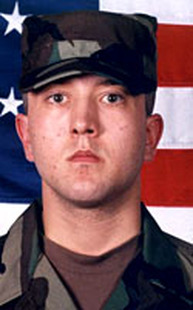 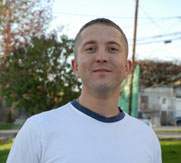 Matthew lived most of his life in Gorham graduating from Gorham High School in 2001. He was well liked by his teachers and class mates according to Principal Keith Parent. "Matt was more than a student, though. He was a friend, a helping hand, an individual who you could count on for a smile, a laugh or a kind word." Parent said.

As a teenager, Matt knew enough about computers to play pranks on his classmates; they'd find their disc drives opening and closing when they hadn't touched any buttons, their computers flicking on and off, said Jackie Corrigan, who taught business and technology classes at Gorham Middle/High School. "He had a bit of a mischievous side," said Corrigan, who retired in January. "He was devilish in that way, but never destructive."

Matt's love of computers started early, and during his four years of high school, he took every class Corrigan offered. He helped teachers and other students with their computers, and Corrigan sometimes sent him to help local businesses that were having computer problems, said his father Andrew Schneider.

"He was just tremendous," said William Kaczenski, assistant principal at Gorham High. During his senior year, Matt was one of two students who earned college credit in a computer technology course Corrigan introduced. After he graduated in 2001, Matt attended New Hampshire Community Technical College in Nashua on a scholarship, his father said. But Matt didn't feel focused; he said he hadn't found his purpose, said his mother, Cynthia Tardiff. Matt decided to join the military in October of 2004.

Matt worked at his father's Internet company in Salt Lake City. He was a CISCO computer technologist which suited him well for his work in the 141st Signal Battalion, a support unit that manages communications, including electronic and telephone communication. In the Army, Matt shed unwanted extra pounds he'd had since high school, his father said. He felt fit and proud to be in the Army. He was energized to map out his future, and he planned to re-enlist and become an information technology specialist, Andrew Schneider said. Matt was not involved in combat in Iraq; he helped provide frontline soldiers with communication support. In his spare time, Schneider set up a wireless network that linked 80 of his fellow soldiers with high-speed internet access, Andrew Schneider said. He told his father that running a communications station was the best job in the Army, with military guards keeping the station secure. The worst part was the exposure to snipers during guard duty and distinguishing between friend and foe while on patrol.

Matt was born with a heart defect was not expected to live through his infant years, but by the time he was 6 months old, his symptoms seemed to disappear and tests on his heart came back normal. Andrew Schneider said his son had been cleared for military service and had not shown symptoms of heart trouble since he was infant. Matt, at 6-foot, 175 lbs.,  passed his physical training tests with ease and was given a clean bill of health when he entered the Army. Sadly, Matt died of a heart attack while deployed. He loved running and working out at the gym, but told his mother told her that he was going to stop running for a little while. He had been caught in a sandstorm while he was running a few days earlier, and he was having trouble breathing. Matt had called his father to wish him a happy birthday earlier that day and to thank him again for his support through the years. "I love you, and I miss you," he said in the message. "I think about you all the time."
​
Matt’s last visit home May, his mother heard footsteps in the garage of her home. When she stood to see who was coming, she saw her son in his uniform; he'd come home on leave and wanted to surprise her. "He was so self-confident," she said. "He was a man." She added, "He treated me so nicely on that visit. I'm glad I had that."

*If you have information on Matt's awards and decorations, please contact us.