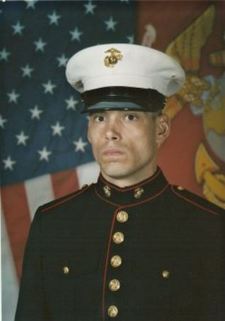 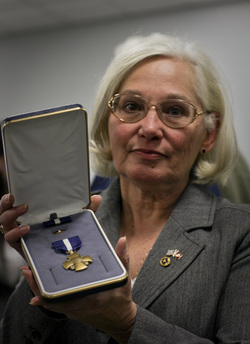 Submitted by his mother Donna:
Michael loved the outdoors, hiking with friends in the White Mountains.  He enjoyed traveling, had a wicked sense of humor and he was very outgoing, making new friends wherever he went.  He was a very insightful young man, concerned about not only about major issues like politics and the environment, but also about  people and how/why they should get involved in helping to make this a better place to live.  He would go out of his way to help someone who needed a helping hand.

Mike graduated from Manchester Memorial High School in 1999. His biggest passion was food - creating new recipes, and he firmly believed that no one in this country should go hungry or be homeless.  He attended culinary school at the California Culinary Academy in San Francisco.  He found his calling to serve however, while visiting New Orleans after Hurricane Katrina. He loved the New Orleans culture and was deeply affected when Hurricane Katrina hit. "He was devastated, like he lost his second home," said his mother Donna. "That's when he decided that his dream of being a cook would be put on hold. It was time for him to join the Marines."

Mike joined the Marine Corps on June 15, 2005. He made an appearance at his old high school before joining, telling classmates, teachers and administrators he was going to join. Memorial High School principal Arthur Adamakos told New Hampshire television station WMUR, “He was a great person, Mike. He’ll be missed by all his friends and the teachers he had here at Memorial,” Adamakos said, adding that Mike was a jovial student who talked to everyone. “He was one of the few kids that would actually come and talk to us and have a conversation with us,” said Arthur Adamakos, his former principal. Most kids don’t.”
He was a true and loyal friend, always finding a way to inspire others to be part of something bigger than themselves.  “He was always looking to be a part of something bigger than himself,” his sister, Stephanie Ouellette said. “Finally, he woke up one day and thought it was time to join the Marine Corps.”

Mike and his brother Alan were avid chess fans. Alan recalls he used to play chess with Mike, three-day tournaments that were not always peaceful. The sibling rivalry was passionate and the competition fierce. “There was a broomstick and a lawn chair involved at one point," Alan said, rewinding his mind and smiling. "We used to yell at each other the whole way through." Alan described a brother who bought a 1,500-page book by chess champion Gary Kasparov so he could play the game better, a brother who read books on military history and strategy so he could lead men better. "If he was in charge and taking care of something," Alan said, "he was very, very thorough."

Silvio Rodriguez, a fellow Marine who served in Ouellette’s unit overseas, described him as articulate, rough when he needed to be, and helpful. Marine Lance Cpl. Christopher Escher watched as Cpl. Michael W. Ouellette became a team leader and then a squad leader. “He was always a leader, even as a junior guy,” Escher said, adding that his friend didn’t even have to go on his last deployment, but “the guys under him didn’t have combat experience.” Mike, he said, wanted to make sure they were taken care of.

Mike’s family has remained in touch with Mike’s Marine Corps brothers and often gets together in honor of Mike’s life, at various events across the country. Alan said that his brother “was always a role model for myself and others,” and that he hoped that “we can make his legacy as big as his life.”
Mike joined the Marines in June 2005 and was trained as an infantryman. He served two terms in Iraq, deploying there in March 2006 and again in July 2007. He began his third tour overseas when he deployed to Afghanistan in November 2008.

For his conspicuous gallantry, bold leadership, wise judgment, and complete dedication to duty,  Mike was posthumously awarded the Navy Cross, the highest award presented by the Department of the Navy and the military’s second highest award for valor next to the Medal of Honor. His family accepted the award on his behalf from Navy Secretary Ray Mabus in a ceremony at the Marine Reserve Support Center in Londonderry, NH on November 10, 2010.

Mike is survived by his parents, Donna and Leonard Ouellette, brother Alan Ouellette, sister Stephanie Ouellette  and his extended family.