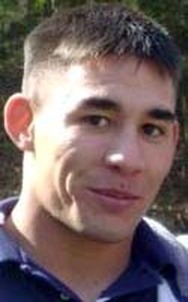 August 8, 1988 ~ September 7, 2010
2nd Battalion, 6th Marine Regiment, 2nd Marine Division, II Marine Expeditionary Force, Camp Lejeune, NC
22, of Goffstown, NH; killed in action while conducting combat operations in Helmand province, Afghanistan.
Philip was born August 8, 1988 in Manchester, NH. He grew up in Goffstown, NH until moving to Cambridge when he was nine.  He attended Cambridge Central School from the grades five through nine and was a member of Cambridge Boy Scout Troop # 62. As a sophomore, he returned to Goffstown, graduating from Goffstown High School, class of 2007.
Philip was an accomplished high school wrestler. He won the New Hampshire state wrestling championship in the 135-pound division when he was a junior and was the team captain his senior year. He was known to be a bit of a prankster and liked making others laugh.  He gravitated to wrestling because it allowed him an outlet in lieu of academics, which didn't come easily for him, said Todd Lavallee, his wrestling coach at Goffstown. The sport and the military fulfilled Philip's competitive spirit and allowed him to develop skills that furthered his life and career, school officials said. "He worked hard for what he had, and was a very passionate, purposeful and physical human being," Lavallee said. "Those were his strengths."

Philip joined the Marine Corps in June of 2007. Goffstown High School Principal Frank McBride remembered Philip receiving a huge round of applause at the class of 2007's graduation because Philip was leaving that evening to join the Marine Corps.  "He was a real gentleman, a soft, quiet kid who had a real fire to compete underneath," McBride said. Wrestling made Philip tick, and teachers respected him because he tried really hard in the classroom, the principal said.
Philip served in Iraq from August 2008 to March 2009. He was deployed to Afghanistan in June where he was a rifleman assigned to the 2nd Battalion, 6th Marine Division. He was promoted to corporal June, 2010.

Philip is survived by his father Philip V. and wife Barbara Charte, sister Alicia Ann Charte and her son Jason; step-siblings, Robert Horowitz and Kara Horowitz and his extended family.