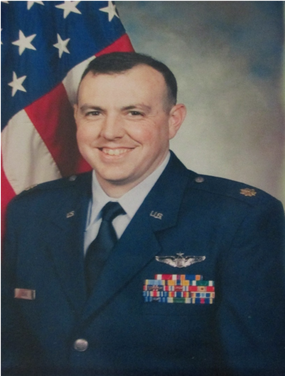 September 28, 1971 ~ July 14, 2012
Operation Enduring Freedom
41st Air Lift Sq, 43rd Operations Group, 43rd Air Lift Wing (AMC)
​Pope AFB, North Carolina
40, of Hampton, NH; died as a result of service to our country.
Since the young age of six, Sean knew that he wanted to serve his country in the United States Air Force as a pilot, and to study Military History. He accomplished all this and so much more by obtaining two Master’s Degrees as well as his Ph.D. in Military History.
Sean grew up in Lawrence, MA and Kingston, NH.  He attended and graduated from Central Catholic High School in Lawrence, MA in 1989. At graduation, Sean received an appointment to the United States Air Force Academy from NH Congressman Bob Smith. He was a distinguished graduate of the Academy, receiving a Bachelor’s Degree in Military History in June, 1993.

After graduation, Sean entered pilot training in Columbus, MS, receiving his Wings of Silver in 1994. He then went on to train as a C-130 pilot, and, over his career, obtained the status of Command Pilot, signifying he had accumulated more than 3000 flight hours. During his distinguished career, he served in the Bosnian conflict and Operation Enduring Freedom, as well as multiple international and domestic deployments.

Sean was then chosen by his superiors to attend the United States Air Command and Staff College, where he obtained a Master’s Degree in Military History 2007. He again was selected by his leadership to attend the United States Air University School of Advanced Air and Space Studies, where he obtained a 2nd Master’s Degree in a Master of Air Power Art and Science 2008. In 2007, he received the Dean’s Research Award, and in 2008 he received the Air Force Historical Association's prize for best SAASS history thesis“Who has the Puck? Strategic Initiative in Modern Conventional War.”
Lt. Col. Judge was then afforded the opportunity to attend The Ohio State University in order to obtain his Ph.D in Military History, which he completed in July 2011. He was awarded the Meritorious Service Medal for outstanding service from 2008 - 2012. It was during this period that Col. Judge’s research in military strategy and tactics had direct impact on the operational and tactical performance of combat units supporting the battle space.

Sean was a fun loving, witty and inspirational man who was always willing to assist and/or encourage you in whatever it is you may be engaged. He was focused and disciplined yet whimsical and comical.  He loved playing pranks on people and making sure that everyone was having a good time. He invariably was the designated driver making sure people stayed safe.

He was a dedicated fan of all New England sports teams as well as The U.S. Air Force Academy football team and The Ohio State Buckeyes.
Some quotes from friends, colleagues and family members:  “He was intelligent, humble and hilarious.”  “He was a great guy, a great mentor and leader.”  “Sean was a great officer, a fantastic pilot, and a good friend.”  “Sean was a treasure for everyone that knew him, what a funny, sweet and honorable man.”  “His kindness made the rest of the world better.”  “You were more than my friend- you were a leader, my moral compass, an inspiration, and the brother I never had.”  “You were the definition of leading by example.”

He is sadly missed by all of his family and friends, and all our lives will not be the same without him. The world has lost a brilliant and devoted man; a father, scholar, and a patriot who served his country with honor and dignity.

Sean is the son of Mary & David Conant of Hampton, NH and Daniel & Cathleen Judge of Dracut, MA.  Husband of Carmen Judge and father of three children, Ryan, Seth & Amelia. Grandfather, James Judge, two half-sisters and 4 step-siblings as well as several aunts, uncles and many cousins. 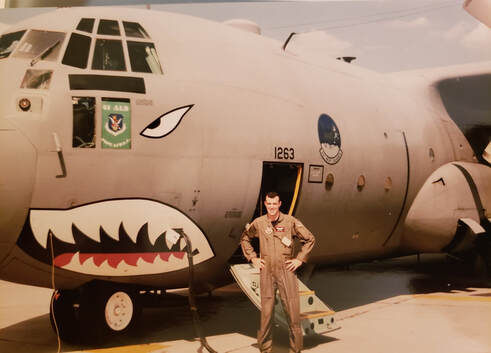