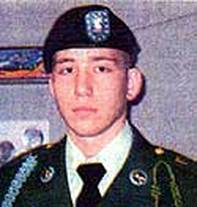 "He is descended from the Normans, from the Saxons, from the Scots and Vikings," said Mrs. Stevens, a genealogist who brought her children up on stories of their ancestors. "He was a private first class and he was proud," said his father, a petty officer in the United States Coast Guard Reserve. The elder Stevens was to deploy to action the day Andrew died.
Mrs. Stevens said the family's warrior ancestry was important to Andrew. “He has a whole box of little knights in shining armor in his bedroom," she said, adding, "He's descended from early Medieval royalty." Andrew's New England roots also run deep. “His ancestors in New England fought in the French and Indian Wars, the Revolution, the Civil War," she said. "We were the earliest settlers in New England. Those ancestors included ships captains and boat builders," she said. "We've been here a long time."

Andrew was killed with 10 of his comrades in a training exercise helicopter crash at Ft. Drum, N.Y. On March 11, 2003, the 4th Battalion, 31st Infantry Regiment  Polar Bears were conducting air mobile operations with the support of 10th Combat Aviation Brigade. At approximately 1:50 p.m., the trail Black Hawk of a series of three aircraft disappeared from radar. It was not until the other two helicopters arrived back at Wheeler-Sack Army Airfield that the realization of a tragedy had struck.

Matthew Boone, a former Polar Bear who was on the fire support team of C Company in 2003, still cannot find the words to express the way he feels about the incident, but he said coming back for the 10th anniversary ceremony was a way to remember his friends and those who have lost their lives in the war on terrorism. "To me, that is the most important thing -- never forget," he said. "Never forget the lives that have been lost during this conflict altogether -- not just today's remembering of our seven lost friends but everybody that has given their life in Operation Enduring Freedom and Operation Iraqi Freedom."
​
Jaye Lindsay, who was a 23-year-old infantryman in 2003, said he was waiting in line to get on the next helicopter when the incident occurred. "At 23 years old, you don't really know how to feel when something like that happens," he said. "There is no safety brief or training that prepares you for that. You just get closer to the guys you do know that were with you. I think that is why 10 years later many people still come together and we still talk regularly."
Andrew’s sister Rachel Metz was a senior airman in the United States Air Force. She was serving in Japan at the time of her Andrew’s death. His older brother 1st Lt. John Stevens, was a B-1 pilot in the U.S. Air Force and was flying a mission in the Persian Gulf at the time.

Andrew is survived by his parents Lorna and John Stevens, sister Rachel Metz, brother John and his extended family. 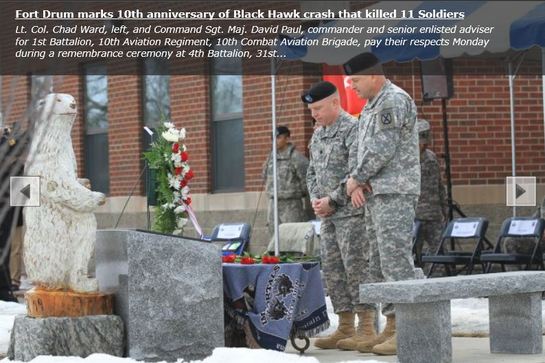