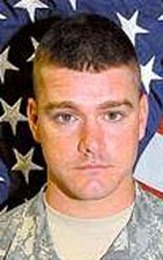 May 29, 1980 ~  March 22, 2008
237th Military Police Company, 54th Troop Command
New Hampshire Army National Guard assigned to
1132nd Military Police Company, North Carolina Army National Guard
22, of Goffstown, NH; killed in action while conducting combat operations in Helmand province, Afghanistan.
David, or D.J. to his family and friends, moved to Littleton NH from Connecticut while in the eighth grade. Alan Campbell, guidance director at Profile School recalled D.J. performing a solo in the school's production of "Grease." Campbell said D.J. had a love for drama, the outdoors and people. "I basically remember him as a big-hearted kid with a kind smile, the type of kid who was always willing to help others," he said. D.J.’s stepfather, Jeff Rennell, is a biology teacher at Profile, and his mother, Maryanne Rennell formerly worked for the school. Profile Principal Rich Larcom said, "He depicts your typical, all-American kid. He always had a great smile. He was always up. I'd see him off and on over the years after he graduated. He was the kind of kid who was always everybody's best friend. He was a very charismatic young man."
In addition to drama and loving the theater, D.J. once wrote an essay about how seeing a production of Miss Saigon on Broadway had changed his life and made him want to be an actor. He was also a gifted soccer player, and an active outdoorsman.

Bill Mead was one of his best friends. "He was the new kid back in eighth grade when he first came into my life and we were very tight…”. Mead said he’ll always have the memories of the time they spent together and remembers D.J. for having the best sense of humor. "We used to work at Cannon together and he would have an impression of just about everyone who worked up there," he said. "He was just a natural comedian and actor and he would just bring you [to] tears. If you got him one-on-one in a small, tight group, he would absolutely kill you. Always positive, always very, very helpful. He always put himself last, he was that kind of guy.” D.J. graduated from Profile High school in 1998. He and Bill remained in touch and good friends in the years following their school days. "I had plans of growing old with him and all the situations that would crop up…he was the most likable person you could imagine."

Joanna Fekay first met D.J. Stelmat back when they were 17. She and D.J. were boyfriend and girlfriend back then, and then reconnected in a few years later and lived together in Concord. She said she first spotted D.J. when he was working at the Subway in Littleton. "I noticed his blond hair," she said, smiling. "I started going there on purpose to get gas (at the Cumberland Farms in the same plaza,) just so I could see him." She said they loved traveling together, showing a picture of them in California smiling together. The couple also traveled to the Philippines, together, she said, grateful they had taken a few major trips to have fun. DJ loved to travel. He loved the outdoors - skiing and hiking - and they lived for a time in a remote cabin with an outhouse down a dirt path in Franconia where he bartered for the rent by doing chores around the property for the landowner. The couple kept a toilet seat inside the cabin, heated with a wood stove, and would carry it out to use the facilities, to keep the seat warm, Joanna said smiling. She said they would go into town to Littleton to D.J.'s parents' home to take their showers, and they would get water from the stream in the woods. He loved it, she said, and they had fun. Of the cabin, his mother Maryanne remembers, “It was truly rustic. And we were right here. He had a bedroom upstairs if he wanted, but he just really wanted to see what it was like to live like Daniel Boone. And he did it for three years.”

“I was so truly blessed. He was the best son a mom could ever ever have had,” said his mother.  Although he was the tall strong one, the baby brother to what his mother says are two adoring sisters: “He was their protector, even though he was the younger child...so they came up with D.J. and it stuck.”

In the wake of the attacks of September 11, 2001, D.J., along with a friend, climbed to the top of the Old Man of the Mountain and placed an American flag in the iconic profile. Pictures of D.J.'s action quickly spread and served as a patriotic symbol in our state. David’s stepfather Jeff Rennell went back later to retrieve it, but not before some photos were made into posters memorializing the moment.

D.J. always wanted to help others and joined the military after high school in hopes of becoming a medic. It didn’t happen during his first stint as an Army rifleman in Afghanistan. He wanted to be a medic then, but was put on the front lines. “And after ten months, he was just about as emotionally and psychologically destroyed as you could get.” He was discharged -- but D.J.’s determination to fix the things and people he saw affected by war drove him to petition Governor Lynch and the National Guard for another chance. “He would always say, ‘you know Mom, I can come home but they're going to have to live this for the rest of their life.’ He wanted to go back in a capacity to help them. His sister has gone to Africa as a nurse, and he wanted to do the same thing in Iraq.” “Perhaps what most distinguished D.J. as a person was the way he was connected. Not only to his family and his friends, but to the world that he lived in.” D.J. was expected to return home from Iraq after 15 months deployment.  His plan was to resume his studies at the New Hampshire Technical Institute in Concord and become a Physician’s Assistant.

Spc. Adam Rich served with D.J. in Iraq with the 237th Military Police Company of the New Hampshire Army National Guard. He remembers his friend as “a good, funny and charismatic person.”   “David was one of the best soldiers I worked with, hands down,” said Spc. Rich Colcord, another member of the unit. He said members from New Hampshire’s rural North Country stuck together. “It’s a brotherhood that’s hard to describe unless you’ve been through it,” he said.
D.J. spent many summers with his father and two half-siblings, either in Illinois, North Carolina or Ohio. D.J.'s father, David Stelmat Sr. was a Marine during the Vietnam War. He had one of the ministers read a statement for him at D.J.’s service. “We are all so very proud of you, son, and our love for you will never diminish.”

Upon returning home from military service in infantry in Afghanistan, D.J. attended the New Hampshire Technical Institute in his desire to become an emergency medical technician. In January 2006, he joined the New Hampshire National Guard's 237th Military Police Company. In August of that year he completed training as a health care specialist. After receiving training, he deployed with the 1132nd Military Police Company. 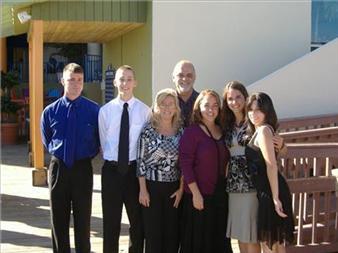 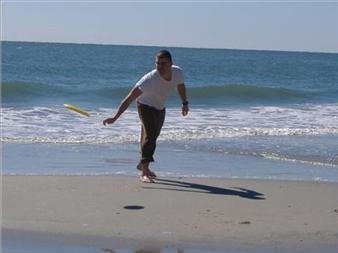 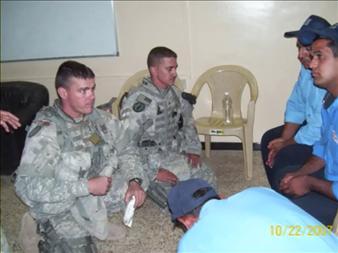 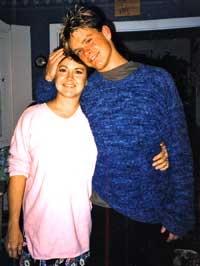 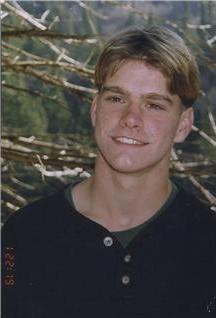 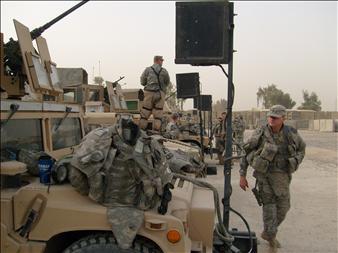 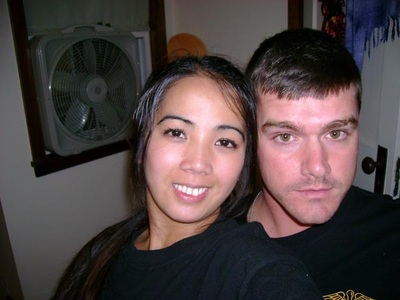 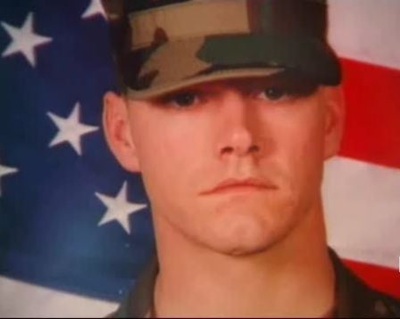 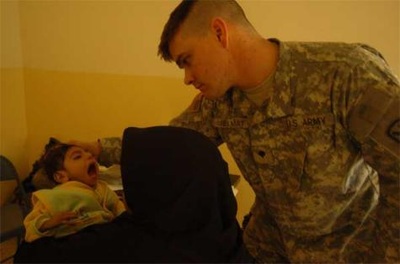 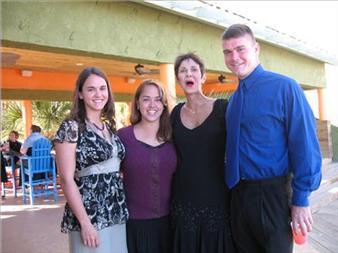 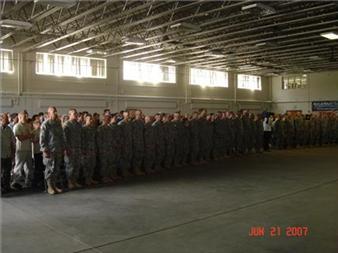